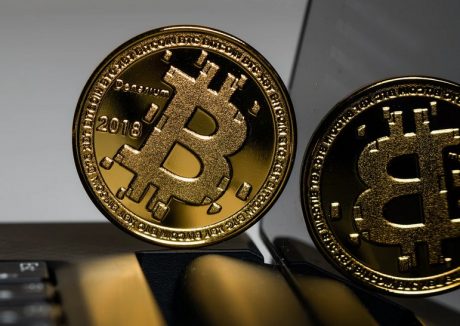 Bitcoin continues to consolidate in the high $50,000 area, meanwhile, its fundamentals are strengthening and seem to point towards a price breakout.

Analyst Ali Martinez has shared data from Glassnode to predict the timing for a new BTC price rally. According to the analyst, when the cryptocurrency surpasses the 1 million threshold in the metric Entity-Adjusted Dormancy Flow, historically BTC “goes parabolic.”

Despite Bitcoin’s nearly 1,500% increase in a year, it is still below this threshold. The analyst stated:

That's right! It's not all rainbows and unicorns.

When the #Bitcoin Entity-Adjusted Dormancy Flow is rejected by the 1M threshold or drops below it, a steep pullback follows. The rejection in Jan. and Feb. 2021 were followed by a 30% and 25% correction, respectively. $BTC #BTC pic.twitter.com/snkqhTCZ8L

Conversely, Martinez stated that when the Entity Adjusted Dormancy is rejected before surpassing the one million threshold, Bitcoin’s price experiences a pullback. In 2021, this has happened at least twice back in January and late February. As seen below, the cryptocurrency is close to this zone.

Bitcoin in an accumulation phase

Perhaps one of the most bullish fundamentals is Bitcoin miners’ behavior. Over the past few months, this sector had been selling much of its supply in BTC, increasing the selling pressure in the market.

However, analyst Lex Moskovski has shown that miners have changed their position and started buying BTC to increase their reserves. Since late March and early April, miners have bought around 10,000 BTC. Moskovski stated:

Another 4,380 #Bitcoin stacked by miners yesterday.

The above is in tandem with a reduction in Bitcoin supply held on exchanges. Research firm Glassnode records a two-year low in the cryptocurrency’s supply found on exchanges down to 2,399,090 BTC.

Analyst William Clemente has taken this data to predict a BTC supply crunch which will contribute to the appreciation in the price of the cryptocurrency in Q3 and Q4 of the current year. In the short term, the increase in funding rate could give BTC the boost it needs to reach a new ATH, according to Jarvis Labs partner Ben Lilly:

Jet fuel to the upside. Funding rates reset from the drop. Now the liquidity is higher, time to punch it. pic.twitter.com/icLm7PjBZL