Notice: Trying to get property 'display_name' of non-object in /homepages/26/d847837773/htdocs/clickandbuilds/Beinchain/wp-content/plugins/wordpress-seo/src/generators/schema/article.php on line 52 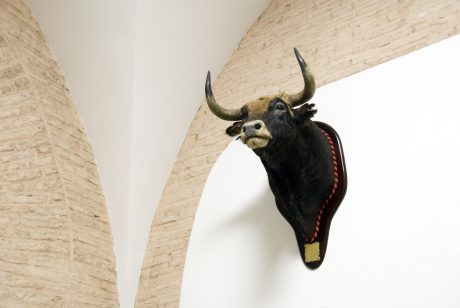 Ethereum is above $4,000 and has hit a price level that’s nearly three full times the altcoin’s previous all-time high set years earlier. But could a full year’s worth of incredible profits and ROI be potentially leading bulls right off a cliff?

Several potentially bearish signals have appeared on Ethereum price charts that could suggest the bull market is nearing its conclusion, and that a deep retracement could follow.

Just like Bitcoin, crypto investors have almost no interest in selling their ETH – only buying it. The recent “spot driven rally” as analysts are calling it, has taken the trending altcoin to as much as $4,200 per ETH at the high.

Gas fees broke records for revenue on that day, proving to the world that the Ethereum blockchain is financial powerhouse. DeFi is still booming, with billions worth of ETH locked, and the NFT trend has only really just taken hold.

ETH 2.0 is in progress, and a scarcity improvement – EIP-1559 – will make the asset even more valuable to hold in the long term. It, and the recent recovery on the BTC trading pair, has prompted the return of “flippening” discussion.

What could possibly go wrong for the second-ranked crypto asset encroaching on Bitcoin’s throne?

Unfortunately for bulls, Ethereum is exhibiting signs that resulted in the last bear market across crypto. On weekly timeframes, there’s a massive hidden bearish divergence, just as Ethereum brushes up against diagonal resistance.

Prior to the most recent push, Philip Swift’s “Pi Cycle Top” indicator used for Bitcoin peaks triggered – just as it did during the last bull market as it came to its conclusion.

Bitcoin reversed first, and capital flowed into altcoins boosting the BTC trading pair ratio and beginning the talk of flippening. Now, the same sort of talk is back, and once again it is alt season and the top crypto by market cap has paused its rally.

Making matters worse, there’s also a TD sell setup on the weekly timeframe, which yet again was a near-flawless top sign both in 2018 and again in mid-2019.

If Bitcoin takes a dive here, and sends the ETHBTC trading pair back to former highs, the coincidences could be too many to ignore. Bulls might have had their final push in both Bitcoin and Ethereum, and what comes next is a bear phase no one is expecting