The Fed is Bitcoin’s Biggest Booster, Say The Winklevoss Twins 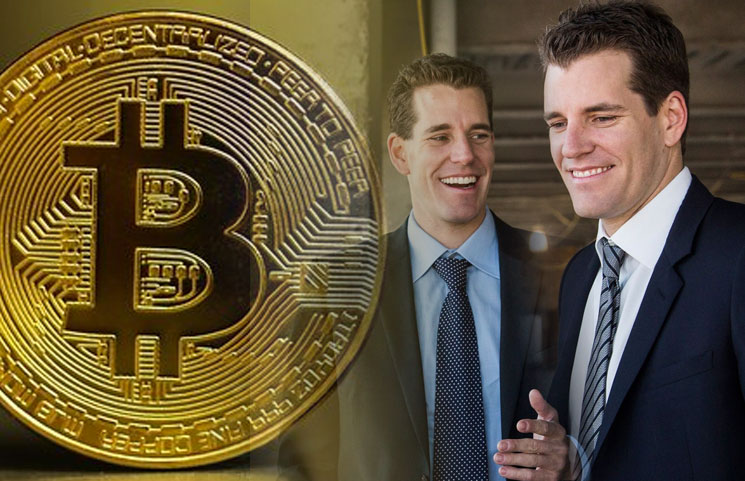 Speaking to Anthony Pompliano during the 2021 Bitcoin conference, the Gemini founders, Tyler and Cameron Winklevoss noted that they are still BTC hodlers and pledged to hold at least until the price reaches $500,000. Additionally, they called the US dollar the “ultimately shitcoin.”

The Winklevoss twins are among the most famous early BTC adopters, having purchased sizeable amounts in 2012. During the conference, the brothers said they firstly bought when the asset’s price was around $100-$130 – which is “the value of some shitcoins today.”
Despite seeing the USD value of their holdings substantially appreciating since then, they don’t plan to dispose of their portions anytime soon. In fact, they doubled down on their recent thesis that BTC will eventually reach $500,000 per coin.

At that point, though, they believe it won’t be necessary to sell any coins for fiat currency as they wouldn’t be relevant.
They noted that bitcoin is prone to such an increase because it’s the better version of gold and will eventually reach the precious metal in terms of market cap, which is considered to be well above $10 trillion.
They outlined the COVID-19 pandemic and the governments’ actions as the main reason why Wall Street and other institutions came into the Bitcoin space. They called the US dollar “the ultimately shitcoin” and said the Fed is Bitcoin’s biggest booster.

Similarly to Max Keiser, the Winklevoss brothers highlighted the difference between the 2021 BTC conference with over 10,000 in attendance, while during their first one in 2013, there were “roughly a few dozen people.”