The Internet of Blockchains Is Now Live on Cosmos 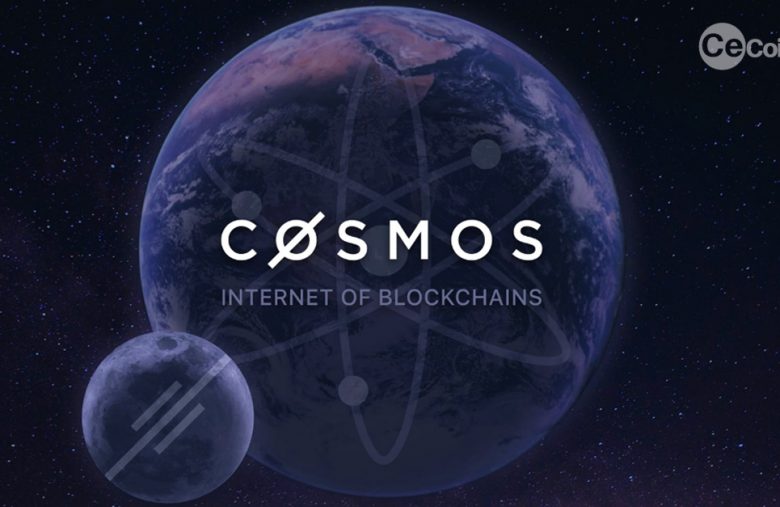 After five years of research and development, the industry’s first cross-chain technology, Inter-Blockchain Communication (IBC), is being rolled out onto the Cosmos Hub.

Internet of Blockchains Comes to Life

Cosmos is a decentralized network composed of multiple independent parallel blockchains, each using the Tendermint BFT, a Proof-of-Stake consensus protocol.

Five years ago, the initial Cosmos white paper envisioned building an internet of interoperable, application-specific blockchains. The idea was to implement the transfer of assets and information between blockchains that were previously isolated from each other.

Though the document was published in 2016, it was not until March 2019 that the Cosmos mainnet was launched. Still, interoperability among chains had not gone live just yet.

In January, the Cosmos team introduced Stargate, a set of upgrades that enabled the final transition towards the original vision of an “Internet of Blockchains” laid out in the whitepaper.

Stargate is the phased release of Inter-Blockchain communication (IBC), a protocol that powers blockchains in the Cosmos ecosystem to exchange data and tokens securely.

“IBC will have a transformative impact on the blockchain space by creating an ecosystem of politically independent chains that can interact via trade and information exchange. Knitting together many different blockchains can form a new crypto-economic system,” Christopher Goes, the lead developer of the IBC protocol, said in a press release.

🔊Today @Cosmos has enabled Inter-Blockchain Communication (#IBC) transfers on the Cosmos Hub, making it possible for sovereign blockchains to transfer digital assets (tokens) and data b/w one another.

The Interchain era has begun🎥https://t.co/3vybbrLJ5G

The initial version of IBC allows users to kick off token transfers between various chains on the Cosmos Hub. This will be an unprecedented event as, for the first time, a project will have achieved true cross-chain token transfers.

Inter-Blockchain communication (IBC) will be integrated on top of the Cosmos Hub, the central blockchain that connects all other Cosmos blockchains (known as Zones).

Each Zone within Cosmos plugged into the Hub will depend on IBC to send tokens and data with each other securely. This feature opens the door to interoperability of data and assets across dApps.

For example, with the help of IBC, Kava Labs, a DeFi platform built on Cosmos, recently said it would make Chainlink’s oracle data available to any blockchain within the Cosmos ecosystem.

Monday will be the first time *ever* that tokens native to other blockchains will be sent permissionlessly to the Cosmos Hub.

Thank you to the architects, the engineers, the designers, the marketers, and the community across the 200+ mainnet projects building on @cosmos. https://t.co/eZyAKJ3Vx1

For Cosmos, data will need to flow trustlessly between different Cosmos Zones, requiring a secure consensus mechanism. For this, Cosmos Hub and Zones leverage Tendermint BFT, a Byzantine fault-tolerant (BFT) engine along with Delegated Proof of Stake (DPoS) consensus pioneered by the founders.

The Cosmos Hub deploys 150 validators, stakes ATOM tokens, and runs validating nodes to earn block rewards with each new block every three to six seconds. Any malicious behavior results in a slashing of the tokens, so validators are incentivized not to attack the chain.

When it comes to Zones, they can host a separate token and an independent governance mechanism. This means that Zones do not have to depend on the same validators as the Cosmos Hub, and there is no minimum number of validators. In fact, one would only need a single independent validator to start a Zone.

According to experts, because individual Zones depend on independent validators, it is a more complex issue to ensure robust security in each Zone. “As more money flows into the Cosmos world, the security of individual Zones will be tested,” Kent Barton, the head of research and Development at ShapeShift, wrote in a research report.

To enhance security in the Zones, Cosmos plans to implement Hub validators to secure Zones by staking ATOMs, a concept called cross-chain validation.

Cosmos has already attracted more than 200 crypto projects, making it one of the biggest public blockchain ecosystems. From all the projects, the network already commands more than $50 billion in cumulative value.

Centered on scalability and ease of use, Cosmos provides all the tools and environments needed to create customized blockchains.

Developers can use the Cosmos software development kit (SDK), described as developer-friendly by the team, to spin up a new blockchain with a few commands and minimal network fees. More importantly, the Cosmos SDK offers developers a door to the entire Cosmos ecosystem.

There is no upper limit on how many blockchains or zones can be added to the ecosystem, unlike sharding protocols like Polkadot, where there is a fixed number of blockchain shards (i.e., 100 parachains).

With IBC going live, many Cosmos-based blockchains will be able to immediately share resources and user engagement instead of building everything from scratch. For example, a DeFi project such as Kava on the Cosmos Hub can access liquidity from a stable coin project (also on the Hub) such as Terra.

“When you zoom out and look at the current state of the ecosystem, it’s remarkable that projects like Terra and Thorchain have enjoyed so much early success even without IBC! Once cross-chain liquidity, data-sharing, and “money lego” interoperability are unlocked, Cosmos will be well-positioned to realize its grand vision,” Kent Barton wrote.

The core development team also has other features planned in the coming months, such as staking bridge with Ethereum and Bitcoin, ATOM staking derivatives, a blockchain naming system, and an NFT marketplace.

All of these features and dApps will inevitably create more activity on the Cosmos Hub, which in turn, will generate more fees distributed to validators and delegators who have staked their ATOM tokens.