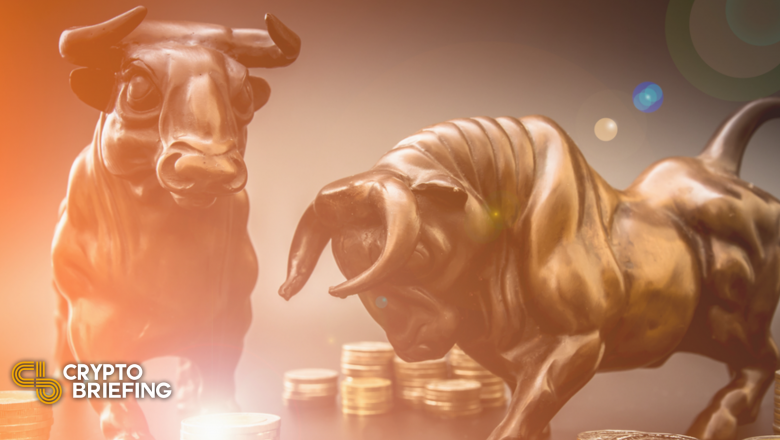 Bitcoin price collapsed by more than 50% from its recent highs set only one month ago. The sharp decline now represents that largest drop in the history of the cryptocurrency – but there’s still several days left for the monthly candle to close.

That means bulls can undo the damage done by the recent crash, and keep the structure of the bull market intact. To do so, however, the price per BTC must climb back to a key level now lost, and it must do it before the month comes to an end.

Why Bitcoin Bulls Were Blindside By The Biggest Monthly Selloff Ever

Bitcoin price was in an uptrend for over a year, capped off by the introduction of Coinbase Global on the Nasdaq stock market. Exuberance at the time was as high, driven by a potential “new paradigm” in crypto.

Wall Street and institutions were finally here. There was no way the market would correct, according to the crowd. Yet it did and because no one saw it coming it was especially disastrous. Over-leveraged longs were wiped out to the tune of billions, and those that were overexposed in other ways quickly regretted it.

The blitzkrieg resulted in the worst ever monthly candle on record, according to Bitcoin expert Charles Edwards. Edwards is responsible for creating some of the greatest tools in crypto, such as the Hash Ribbons indicator.

This month’s Bitcoin drop is the largest monthly drop ever. pic.twitter.com/zXkQEZ715u

His custom “drop %” tool shows how bloody things got (pictured above), but other analysts were quick to argue that there’s still time left in the monthly to change the data.

This also means that bulls have a chance to undo the devastating candlestick pattern that’s been left on the price chart of Bitcoin. A slow month in April with very little movement resulted in a red doji candle at the height of an uptrend, followed by an enormous showing by bears.

The pattern is called an “evening star pattern” and is a reversal of epic proportions, often signaling more red to follow. However, if bulls can leave a wick behind measuring roughly 50% of the red candle, it can also be quite a statement.

Bulls have to close above here to undo the pattern | Source: BTCUSD on TradingView.com

If Bitcoin price can close back the monthly candle above around $45,000 the evening star pattern will be defended for now. The next monthly candle will need to be green to ensure the bull market is still intact, otherwise, bears will complete the pattern in their follow up.

Closing above the level could also keep the monthly RSI in the bull market territory, preventing a larger breakdown and fall into a bear market.

Can Bitcoin bulls undo the worst monthly candle on record?