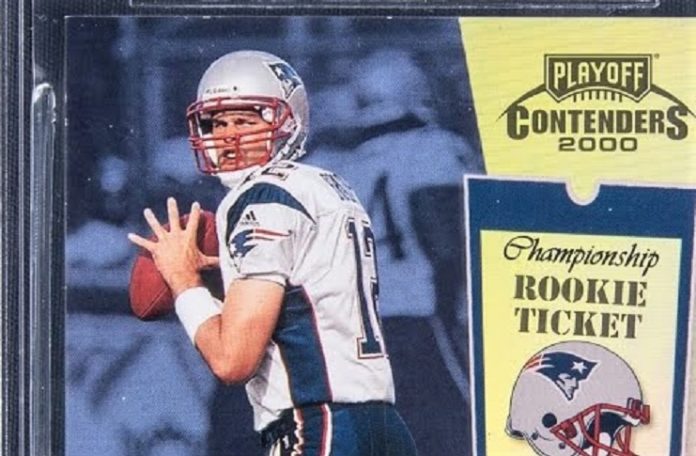 An anonymous buyer purchased a signed football card of Tom Brady for about $1.68M worth of LTC at an auction presented by Goldin Auctions. The company revealed that this is the most expensive item to be paid in cryptocurrency since it started accepting such payments.

LTC in Exchange for a Football Card

Cryptocurrencies have intertwined with American football as Goldin Auctions revealed a massive purchase at their auction with one of the most popular digital assets. The autographed card of the seven-time Super Bowl champion Tom Brady was sold to an unknown buyer for $1.68M paid in litecoin which, at the time of writing, trades at $260.

According to Goldin Auctions, the company has never sold a more expensive item since it started allowing crypto payments a month ago. Ken Goldin, Founder of Goldin Auctions commented after the deal:

”The hobby is undergoing increadible growth unlike anything I have seen in my 40+ years in the industry.”

Goldin outlined the connection between crypto and purchasing football cards and stated that this is one of the most expensive hard assets to be given in return for digital currencies:

”Trading cards and crypto are now two of the most rapidly growing alternative asset classes and we know there is a lot of overlap between the communities.”

Tom Brady’s card is regarded as the ”Holy Grail” of the collecting industry according to Tyler Winklevoss – CEO of the crypto exchange Gemini. In fact, a similar card of the football legend from the 2000 Playoffs still holds the pricing record as it was sold for $2.25M at Lelands Auctions.

Someone just purchased the 2000 Playoff Contenders #144 Tom Brady card for $1.68 million with @litecoin. This card, known as the "Holy Grail" of the collecting industry, was purchased on @GoldinAuctions through a partnership with @Gemini. Onward! 👍🚀 pic.twitter.com/fDTsxzwZpU

Brady and Other Celebrities Got Into NFTs

Tom Brady and many other popular individuals dived inside the crypto industry and more specifically the NFT trend lately.

The 43-year old legend of American football recently revealed his plans to dip into the craze of non-fungible tokens. Tom Brady announced his intentions to release his own NFT platform called Autograph.

Another popular name jumping into the world of non-fungible tokens is the hip-hop titan Eminem. Following the rumors, the 15-time Grammy award winner has officially dropped a collection of his own. The so-called Shady Con came out on Sunday with a ”variety of Eminem-approved collectibles.”