Top 5 Cryptocurrencies to Watch in April 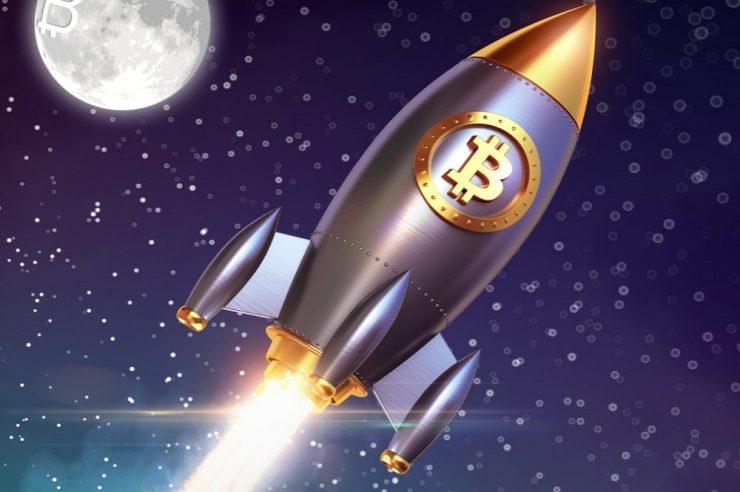 The past seven days were quite the roller coaster in the cryptocurrency market, which, fortunately, ended well.

The total market capitalization is currently more or less at the same level as where it was one week ago, despite having lost almost $100 million on Thursday when Bitcoin’s price collapsed to $50K.

With this said, we take a look at the top 5 cryptocurrencies to keep a close watch over the next few weeks.

It goes without saying that, for the most part, wherever Bitcoin goes, the market follows. While the rate might not be equal, BTC has dictated the direction of the market for most of the current bull run.

Last week, we saw a major announcement from Tesla – the giant electric vehicle manufacturer revealed that users can now pay for a Tesla with BTC. Elon Musk tweeted it, and, consequently, the market surged.

Unfortunately, the rally was unsustainable, and shortly after, BTC plunged and decreased to roughly around $50,000. This is where it found solid support and started increasing as it’s currently trading at around $56,500.

BTC already broke above the first serious resistance at $55,000 and looks primed to take on $57,700 after that. If it’s successful, we can expect it to test the coveted $60K mark and the ATH at around $62K after that.

Next on our watchlist is Cardano’s ADA. It has been a top performer for the past two months. Now, many claim that ADA’s surge is purely speculative because Cardano doesn’t really have smart contract capabilities yet.

Charles Hoskinson, the founder of Cardano, took it upon himself to disprove the argument that Cardano lacks fundamentals, outlining the numerous partnerships they already have, as well as the solid, peer-reviewed foundation of the protocol. He also put a timeline for a testnet that will allow users to build and deploy smart contracts on Cardano.

With all of the above in mind, the price is exactly where it was a week ago. However, it declined to $1.06 and recovered swiftly and decisively. Over the past few days, ADA has been sort of consolidating, and it’s interesting to see the direction of the next breakout.

Binance Coin has been a headliner this year, charting some absolutely impressive gains, having surged to around $350.

Over the past couple of weeks, the cryptocurrency has been trading in a range between $290 and $240. With one exception that took place this Thursday, that’s the general course of BNB so far.

If history is any indication, however, cryptocurrencies don’t really like to trade in a range for a long period of time. In other words, a breakout can take place rather soon.

Also, the first quarterly burn for 2021 is approaching, which may act as a catalyst. The last few months have been particularly volatile, and chances are that Binance has seen massive revenues. This means that the burn is likely to be substantial. Reducing the supply of the third-largest cryptocurrency by market cap does sound like something to keep in mind, going in the last days of March and the beginning of April.

Also, Binance Smart Chain shows no signs of slowing down. Given that BNB is the base cryptocurrency that users transact with, this creates additional demand.

Uniswap is currently the leading decentralized exchange and automated market maker with the most value locked in it, according to DeFi Pulse as of the time of this writing.

Its governance token, which was airdropped to people who used the exchange last year, is currently trading at $28, meaning that the 400 UNI tokens that most of the people received are currently worth almost $12,000.

Over the last seven days, UNI has lost some of its value, dropping from around $32. However, on March 24th, we had a first glimpse at the specifications of the long-awaited Uniswap v3. It’s a core update that aims to turn the DEX into the most flexible and capital-efficient automated market maker.

Layer-one Ethereum mainnet launch has a target of May 5th, with L2 deployment on Optimism set for shortly after that. This is definitely a huge milestone for the project, and it might not be so surprising if it starts to get reflected in its total valuation.

Compared to Ethereum’s sky-high fees and slow transaction processing, many are looking for alternatives, oftentimes landing on Solana. This is perhaps the reason for which it is one of the most trending projects in 2021.

In terms of price, its native token, SOL, is one of the best performers in 2021.

It shows no signs of slowing down, and with the current euphoria around DeFi and NFTs, it’s definitely worth taking a look at.