Uniswap Airdop Value Reaches $13,000 For Those That Didn’t Sell Early 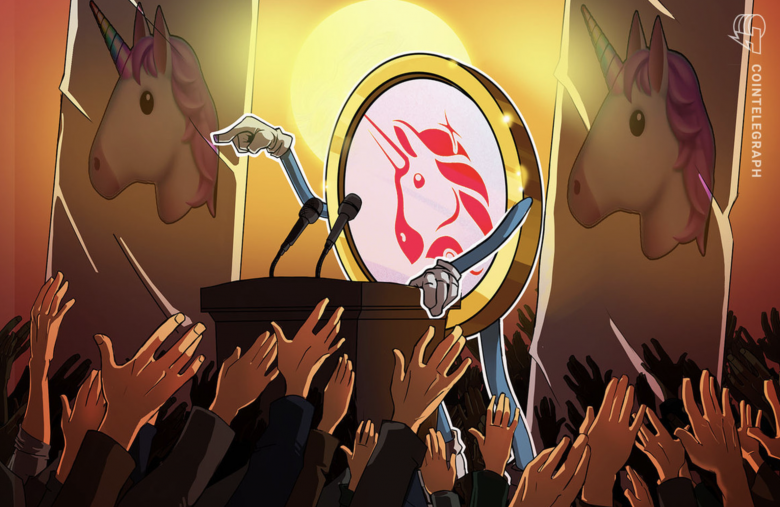 DeFi platform Uniswap has exploded in popularity since its debut last year, which has been to the benefit of UNI token holders – especially those who got them completely free for being among the earliest users of the platform.

Here’s a look at just how fast the platform and its token have come up in the crypto market, and how much money investors would have made had they held strong from the moment the free DeFi tokens were issued.

The Unicorn of Crypto Grows To $17 Billion Market Cap, $1B+ Daily Trading Volume

The unicorn logo of Uniswap is appropriate. In the business world, a unicorn is a startup with explosive growth that quickly propels it to more than $1 billion in value.

In less than a year, the total UNI market cap alone is more than $17 billion, and the incredibly popular DeFi swapping platform does more than a $1 billion each day in trading volume.

Early Uniswap users were each award 400 UNI tokens, then worth around $3 per token. Today, that same “stimulus check” would feel a lot more like a lottery ticket instead.

Free UNI Tokens Now Worth More Than $12,000 For Early Holders

At one point, UNI dipped to a value of around $800 for anyone holding the 400 free tokens, but those whom have held since then and not budged, have more than ten times that initial value to show for their efforts.

From an average of roughly $1,200 for the 400 tokens, the same free UNI are now valued at over $12,000. The price increase has taken place across less than six months, or around 160 days, showing that even a little patience can pay.

Investors with a lack of foresight who sold early thinking they got $1,200 of free cryptocurrency, are now likely regretful as the price per token has grown so high in such a short timeframe, missing out on more than $10,000 in profits.

Selling the tokens now, could result in the same type of regret if the still young DeFi platform continues the trajectory it has been on since the day it launched. And if the cost per UNI token follows the same path higher also, the brand will have made sure any early users were apart of its unicorn-like runaway success.