Unpacking the Ecological Debate Around NFTs 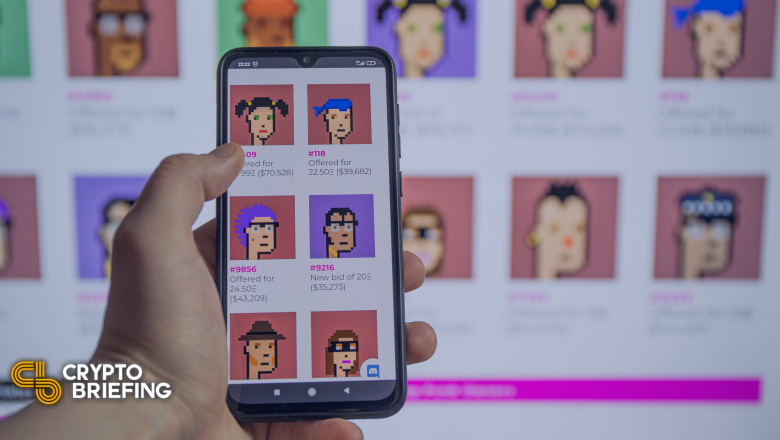 The parabolic rise of NFTs has resurfaced heated discussions around crypto’s ecological impact. Though two camps have formed, measuring this impact is much harder than both extremes expect.

The recent surge in enthusiasm for digital art has been turning heads.

Whether it’s Soulja Boy, Lindsay Lohan, or Lil Yachty trying their best to stay relevant and cash in on their dwindling fame or giant multi-artist projects raising millions such as Hashmasks, the world of NFTs has suddenly become extremely valuable.

What started in December 2017 with CryptoKitties has now taken prominent digital artist Beeple to world-famous auction house Christie’s, where his piece “EVERYDAYS: THE FIRST 5000 DAYS” is being offered to the world’s richest art collectors.

Nonfungible.com now estimates the all-time volume of NFT sales around $365 million, with $180 million coming in the past month alone.

Despite the overnight riches, many doubters remain.

A key issue resides in the ecological footprint of these NFTs, which, in most cases, reside on the Ethereum blockchain. Their increasing volume has also influenced the usage of the Ethereum network, leading to increased gas fees and energy use.

The Ecological Impact of Proof of Work

The Proof-of-Work (PoW) consensus algorithm has been the key to blockchain security since the inception of Bitcoin. It is responsible for the security and integrity of the network. This consensus is reached through computing power, often referred to as hashrate.

While measures are being taken to reduce the ecological impact of well-known PoW networks such as Bitcoin (as shown by Inner Mongolia outlawing cryptomining), the University of Cambridge estimates Bitcoin mining consumes around 130TWh per year or about 0,1% of total world primary energy consumption.

Ethereum is also a PoW blockchain for the moment while the community continues to wait for the transition to Proof-of-Stake (PoS), which may arrive as early as 2022.

In the meantime, any transfer of a token on the blockchain represents a certain amount of computing power. A single Ethereum transaction expends around 35kWh, the equivalent of three days of an average American’s electricity consumption, and around 600 times more than an hour of Netflix.

The “True Cost” of NFTs

He provides his assessment of the “true cost” of NFTs, which, according to him, is much higher than the expected 35kWh.

The 35kWh needed for an Ethereum transaction depends on the complexity of such transactions. DeFi traders, for example, are painfully aware that not all transactions are created equal. Certain simple transactions can be very light and less costly than other, more complex transactions, such as providing liquidity on Uniswap.

According to Atken, any single NFT represents much more than an average Ethereum transaction as it is minted and exchanged multiple times on the blockchain.

To demonstrate this ecological impact, Atken built CryptoArt.wtf. The website allows users to measure an NFTs carbon footprint. Through the website, users can see that most NFTs have a lifetime carbon footprint of hundreds of kWh and kilograms of CO2, according to CryptoArt’s calculations.

According to Atken, each NFT transaction on SuperRare has an average carbon footprint of 76kWh and 47kg of CO2. It represents a more complex interaction with a smart contract than most Ethereum transactions.

Digging even further, any single NFT is the object of many more transactions than simply minting and selling. The process of selling these NFTs often includes multiple auction bids and cancellations representing a transaction on the blockchain. This brings each NFT closer to 340kWh or 211kg of CO2 on average.

That represents more than a month of an average American’s electricity consumption.

This debate has brought to the table some important issues about Ethereum’s scalability. Ethereum 2.0 and the transition to PoS will be the eventual solution that works for everyone.

In the meantime, Atken makes some claims that should be inspected further.

First, the carbon footprint depends heavily on the source of electricity powering the mining farms running the Ethereum network. Any CO2 value attached to a certain transaction fails to account for the use of renewable energy, which, as the cheapest form of energy available, is becoming the main source of electricity for most PoW blockchains.

Furthermore, any metric of kWh/transaction is problematic. As argued by the Cambridge Center for Alternative Finance:

SuperRare also published a rebuttal to Atken’s piece, arguing his analysis was grounded in a misunderstanding of how Ethereum actually works. They argued that Ethereum had a fixed energy consumption at any given point in time and as such, NFT transactions did not affect Ethereum’s footprint.

To explain this, they compared the Ethereum network to a moving train, throttled to the same speed. Any transaction is a passenger free to board the train at any time. Conductors, or miners in a blockchain network, run the train at the same speed anyway, so the passengers have no impact on the energy consumption.

This oversimplifies the issue, though, and this comparison is misleading.

Each NFT transaction does affect the train in two ways. First, it reduces the number of available seats, which drives up each remaining seat’s price. Second, these prices are used to pay additional income to the miners running the train, incentivizing them to continue running the train and, who knows, make it larger and faster.

Finally, reducing the argument to its simplest term shows its absurdity: “We’re passengers on a highly polluting train. But whether we’re on it or not doesn’t matter. It’s still polluting anyway.”

Any purchased tickets to this metaphorical train come at a cost. Seeing the increased volume coming from the NFT space, platforms such as SuperRare represent an increasing number of passengers.

Certain platforms are trying to solve this issue by offsetting the carbon cost of any NFTs produced. This is the case of Offsets.Gallery, which plans to contribute 90% of the value of each NFT produced on their platform to carbon capture projects.

Another NFT platform trying to curb its carbon footprint is Zora. Zora has announced an investment in a wind farm in Honduras and another project working on protecting the Amazon rainforest. They announced this would represent an offset of 50 tons of carbon.

These positive actions are necessary while we wait for a blockchain that is more energy-efficient.

No matter whose fault it is, the Ethereum network’s carbon footprint is staggering; if the NFT sector is to grow, it will have to convince its ecologically-minded artists that they’re not contributing to a climate disaster.