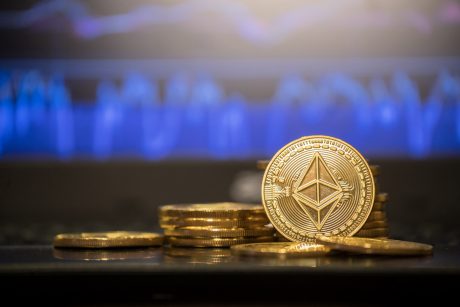 Investing in Ethereum seems to be top of mind for prominent members of the finance community. The increasing use cases of the Ethereum network have brought some significant names into its camp. The latest on the list though is venture Capitalist Bill Gurley. Gurley is a general partner at Benchmark, which is a Silicon Valley venture capital firm that is based in Menlo Park, California. Gurley has been listed consistently on the Forbes Midas List, while simultaneously being considered one of the technology’s top dealmakers.

Gurley’s latest investment interest now happens to be Ethereum. The venture capitalist revealed that he had taken a personal interest in Ether, thus leading to him taking a personal position in the digital asset, which he now owns.

Another important point for Gurley is the commitment of the Ethereum team to the project and its community. “The party that’s involved seems to be way more pragmatic,” said Gurley. “ They seem to be more open to changes and are basically making several changes which I think will bring down fees and will be very beneficial. The developer community is clearly in the Ethereum cam.”

Gurley also explained that he was not making an argument for everyone being involved in crypto. Neither did his current investments make him a maximalist in any way.

“I think there’s a ESG (environmental, social, and governance) benefit once they move to proof of stake versus bitcoin. It seems to me to be the smarter way to play if you’re going to have crypto exposure.”

Gurley clarified that his investment in Ether was a personal one and that it had nothing to do with his venture firm. Furthermore, Gurley did not disclose how much he had bought in ETH. Only that he had taken a personal position in the asset.

Bill Gurley had some comments about Robinhood’s recent reveal. The trading company had revealed earlier that more than half of revenue had come from crypto trading. With 62% of its entire crypto trading revenue coming from the meme coin Dogecoin alone.

The venture capitalist stressed that Robinhood’s current business model was not a sound one. He likened the business model of Robinhood to that of a casino rather than an investment platform.

It is not clear how much Robinhood plans to focus on crypto trading on the platform. While investors can also invest in coins like Bitcoin and Ethereum on the platform, most favor investing in Dogecoin. This has led to massive growth for Robinhood. But the sustainability of this business model remains to be seen.