We Are All Satoshi: Statue of Bitcoin Creator Erected in Budapest 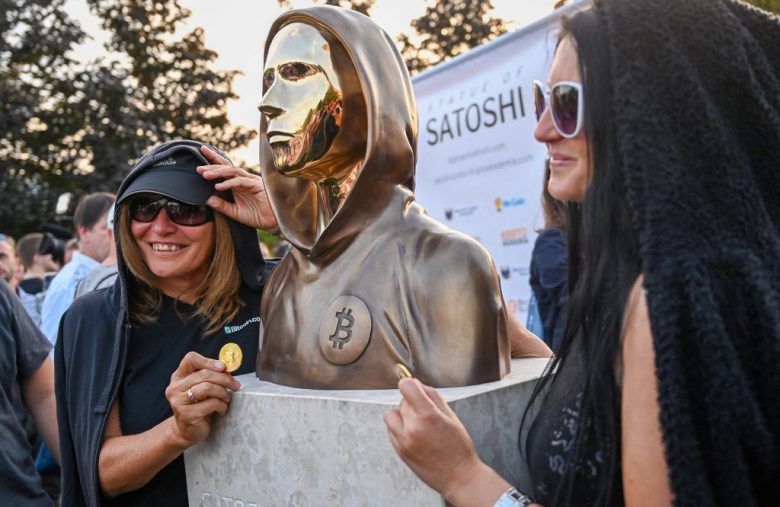 Satoshi Nakamoto – the pseudonym for the yet undiscovered creator(s) of Bitcoin– has had a faceless bronze statue erected in ‘his’ honor in Hungary.

The sculpture was unveiled in a technology-themed park in Budapest – the capital of Hungary – where also stands a statue of late Apple co-founder Steve Jobs.

As Nakamoto is an anonymous figure, some have compared the difficulty of designing his statue to that of depicting the prophet Mohammed. Likewise, Andras Gyorfi, the man behind the project, refers to Nakamoto as a kind of deity.

“We think of Satoshi as the founding father of the whole cryptocurrency industry. He created Bitcoin, he created the blockchain technology, he’s the god of our market”.

As such, the Bitcoin founder’s mysterious nature was built right into the statue’s design. With a plain face and a hood draped over his head, Satoshi bears no identifiable features besides a Bitcoin logo carved over his heart.

“It was a big challenge,” says Tamas Gilly, co-creator of the statue alongside Reka Gergely.  “It is very difficult to make a portrait sculpture of a person that we don’t know exactly what they look like.”

Playing into Nakamoto’s anonymity, they have made his face reflective – capturing the Bitcoin network’s collective ownership.

“I hope that through the language of sculpture I have managed to convey the basic idea of Bitcoin, that it belongs to everyone and no one at the same time”.

Why Does Satoshi Deserve a Statue?

Andras Gyorfi’s idea to build a statue of Nakamoto was driven by his admiration for Satoshi’s invention. He calls Bitcoin an “efficient, fair, and transparent database” that can improve every aspect of our world.

Satoshi Nakamoto left the Bitcoin community after sending his last email to fellow developers in 2011, keeping his true identity hidden. Bitcoin has since spawned a diehard community of people loyal to its protocol and who look up Satoshi with quasi-religious veneration.

CEO of MicroStrategy Michael Saylor, a community leader and major investor in Bitcoin, regularly speaks about it using biblical language and mythological metaphors.