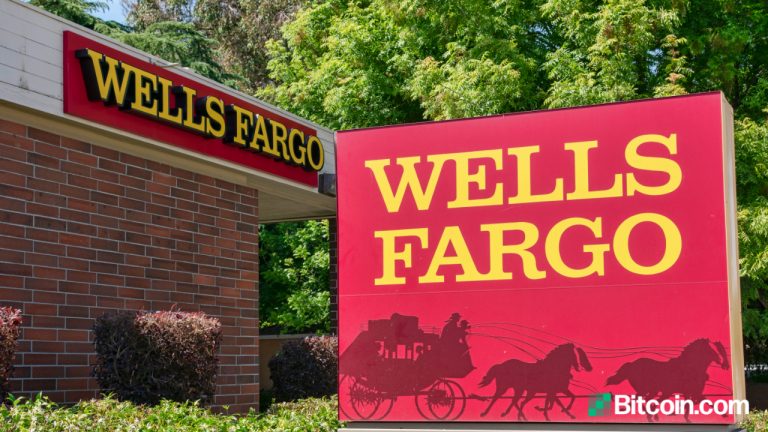 The investment department of the large multinational financial service organization, Wells Fargo, is looking into offering cryptocurrency products to its institutional clients. A senior executive outlined the innovation in a recent interview and called bitcoin “a nice diversifier.”

Wells Fargo Getting on the BTC Wagon?

The executive noted that the division he runs is currently evaluating and onboarding an actively managed crypto strategy to its platform for institutional investors.

The department has looked for a “professionally managed solution” for a while. However, the endeavor is in the final stages of the manager research and due diligence process now. As such, Cronk expects the strategy to see the light of day around mid-June.

“We think the cryptocurrency space has just kind of hit an evolution and maturation of its development that allows it now to be a viable investable asset.”

Although the executive said digital assets may not still be their “own dedicated asset class,” he said that bitcoin and other cryptocurrencies could be “a nice diversifier to portfolio holdings.”

Interest in Crypto Rises Within Banks

Cronk outlined “quite a bit of interest” from institutional clients towards bitcoin as the primary reason behind the bank’s decision to look into releasing such services. Nevertheless, he believes the innovative nature of the industry requires “a lot of education and informational work that has to be done.”

It’s worth noting that such demand for digital assets has reached other giant US banks. Consequently, multiple organizations launched or highlighted plans to release various services focused on the crypto space.

BNY Mellon, the country’s oldest bank, was among the first as it started a cryptocurrency custodial platform earlier this year. Morgan Stanley followed shortly by enabling its customers to access BTC through three funds and filing to receive bitcoin exposure for a dozen of its own funds.

Even former bashers like JPMorgan Chase & Co and Goldman Sachs announced similar endeavors. Recent reports suggested that JPM will launch an actively managed BTC fund to private clients later this year. Goldman, on the other hand, reactivated its crypto trading desk, filed for a Bitcoin ETF, and participated in Coinbase’s public listing.