We’re Right On Track For Bitcoin At $250,000, Billionaire Tim Draper 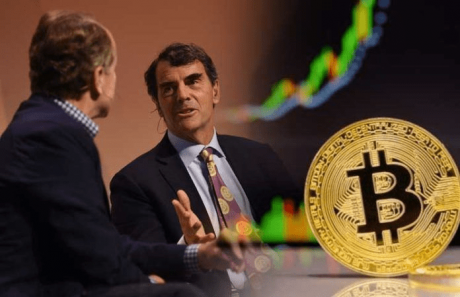 Bitcoin has been a part of billionaire Tim Draper’s investment portfolio for a while now. Draper had first gotten into bitcoin in 2011 when Peter Vincennes had convinced him to buy the digital asset. Draper had bought $250,000 worth of BTC, which he subsequently lost after the now-defunct Mt. Gox exchange crashed, where Draper had kept his coins.

Despite this, the billionaire was not deterred. So when another opportunity presented itself in the form of U.S. Marshalls auctioning off bitcoins seized from criminals, Draper took advantage of this opportunity. At the auction, Draper had bought 29,656 bitcoins at $632 a piece, which had totaled $18.74 since the coins were sold for $14 above the going rate on exchanges.

The investor has never backed down from his belief in the future of cryptocurrencies, especially bitcoin. Even giving some very optimistic predictions regarding the price of the asset in the coming years.

The first time the billionaire had made this prediction had been in 2018. Back then, the price of the digital asset was still trading below $10,000, so this did not seem as believable as it might be today. But Draper never faltered on his prediction.

The driving factor behind this prediction has been that the billionaire believes bitcoin will become an accepted mode of payment everywhere. Another important factor lies in the fact that there is a limited supply of BTC. This self-induced scarcity of the digital asset has the billionaire believing that the price will keep going up, saying, “because there are only 21 million of them.”

Only one thing has differed in Draper’s price prediction for bitcoin. The billionaire had adjusted the timeline for his prediction by moving it farther to late 2022 or early 2023. But the price prediction remains unmoved at $250,000.

Venture capitalist Tim Draper was on Benzinga’s Crypto Festival to talk about the number 1 cryptocurrency. Draper noted some trends which he believes will be the driving force behind bitcoin hitting $250,000 in 2022. Widespread adoption was one of these trends. He noted that people will eventually be able to use BTC in the way they currently use fiat currency. “One that happens,” Draper said, “there’s going to be a switch thrown in people’s heads.”

A second trend the billionaire sees pushing bitcoin towards this price prediction is the inflation rate. Since governments have been constantly printing money, people have become worried about the future of their savings. This will push more investors into BTC as a way to hedge against the inevitable high rate of inflation that will follow limitless money printing.

The rise in bitcoin uses in retail spending was set to go higher, Draper said. Noting that women do about 80% of total retail spending, Draper sees women demanding more ways to pay with bitcoin. Explaining that the number of women investing in bitcoin had grown tremendously, growing from one in 14 BTC wallets owned by women to one in three BTC wallets currently owned by women.

When asked when he planned to sell his coins, the billionaire replied, “Why would I want to sell the future currency for the past currency? I just can’t imagine anything more important for humanity than this.” As for Draper’s $250,000 prediction for the digital asset’s price in late 2022 or early 2023, he said, “I think we’re right on track.”