What Do Kusama, Polkadot and Your Spare Crypto Holdings Have in Common? 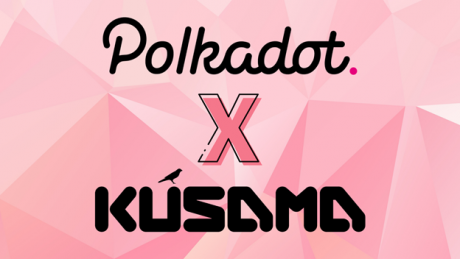 What do Kusama, Polkadot and their cryptoasset have in common?

Parachain Slot Auctions, that’s what. Kusama and Polkadot which are built on the same architecture, one designed for wild testing of new codes and projects, the other more targeted at enterprise and businesses, both give developers and teams the chance to be part of their networks using Parachains. They do this by featuring in Parachain Slot Auctions, which is a way for them to raise funds, without having to go down the ICO path. ICOs have a bad name and are pretty much a thing of the past.

Owning a Parachain means these projects have the rights to develop on either Kusama or Polkadot. Why not develop on Ethereum you ask? Well, Ethereum is sluggish for transactions. And it is also extremely expensive due to the way it has been built, which is a Proof of Work basis. This means miners have huge amounts of energy expenditures as a way to discourage them from trying to manipulate the public ledger. With both Polkadot and Kusama, which work on a Proof of Stake basis, miners are encouraged to stake their holding on the chains which gives them the motivation to mine, without the implications of huge carbon emissions and energy usage.

Both Polkadot and Kusama work on the basis of interoperability with Ethereum, effectively bridging blockchains to one another, to widen the overall network of usage. They also share the principles of on-chain governance, on-chain upgrades, and Cross-Chain Message Passing (XCMP) for the purposes of interoperability.

Holders of both Kusama’s and Polkadot’s native tokens, KSM and DOT respectively, can take part in Parachain Auctions, giving them first dibs in some of the most innovative projects around. Here are just a few:

With over 400,660 KSM (+150 million dollars) contributed to the Karura Parachain Auction, Acala’s Karura is positioned nicely in the first-ever auction on Kusama. Acala Network is a decentralized hub for users that want to engage with DeFi. This gives users access to a DEX (decentralized exchange), AMM (Automated Market Maker), which is a way to trade automatically across a huge selection of tradable assets. Plus they have access to staking, earning, and exchanging across a variety of crypto assets, in addition to its very own stablecoin known as the Acala dollar, which is pegged against the USD. This Polkadot hub is interoperable with Ethereum, which means users can transfer their holdings backward and forwards to the main chain when convenient, and yet giving them the advantage of faster transaction times and microtransaction fees associated with Polkadot.

Users of Moonbeam can take advantage of interoperability between chains which promotes a simple way for developers to deploy apps on Polkadot, using smart contracts. Developers with experience in Ethereum will feel instantly comfortable using Moonbeam to deploy their projects, as it offers all of the same tools as Ethereum including MetaMask, Remix, Hardhat, and Truffle.

Developers can integrate their projects with the EVM and can use any existing code they have directly on Moonbeam, due to the language commonalities. Moonbeam opens up the blockchain to existing developers of Ethereum by giving them access to multi-chain interoperability, with the ability for users to leverage Polkadot assets via Moonbeam.

As another major player in the Kusama Parachain auctions, Moonbeam is also projected to get an early parachain slot. They have nearly 100,000 KSM locked in at the time of writing from over 4,000 contributors.

This project promotes data privacy, by offering users the ability to claim a certificate through Kilt Protocol, which is matched to a hash value on the blockchain. This certificate removes the need for users to register for a variety of products and services by simply using their trusted certificate.

Not only does this protect the users’ privacy, and stop it from being monetized, it also means it is not susceptible to hackers as it is not stored or organizations silos, which are a treasure trove for cybercriminals. Instead, the data is stored as a hash value on the blockchain, with no real merit to hackers.

Users or Claimers, as they are known, can have their details verified through Attesters on Kilt Protocol, trusted members of the community, who check and authenticate the users’ details and then give them a certificate. This can be removed at any time by the Attester if the Claimer is suspected of foul play. All of this takes away the power from the organizations and monopolies who are collecting data and instead puts it back in the hands of the user.