What is Cosmos blockchain? 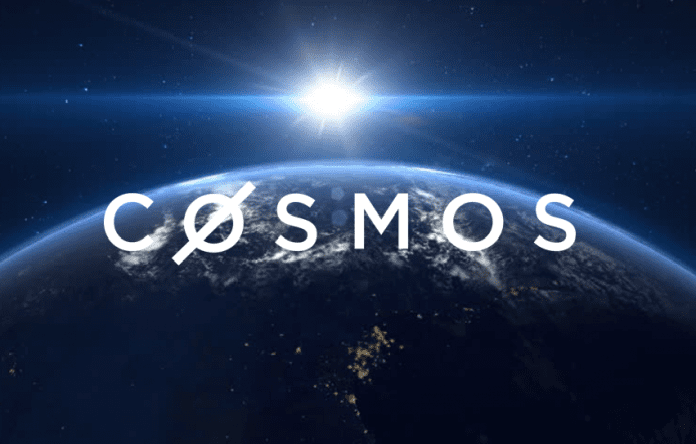 As we already saw in previous posts, individual blockchains such as Ethereum and Bitcoin currently operates separately and are unable to communicate with each other.

With new cryptocurrency and decentralized finance projects emerging across many different platforms, it’s important that these blockchains are able to speak to each other.

Cosmos blockchain aims to become the “Internet of Blockchains” where any blockchain is able to communicate, share data, and transact with any other.

What does Cosmos do?

A simple explanation of Cosmos is that it’s not so much a cryptocurrency the way Ethereum or Bitcoin is, but rather the infrastructure necessary to connect different blockchains to each other.

For example, an Ethereum smart contract could trigger a payment on the Bitcoin network if the two are connected via Cosmos. Or a trader could swap an Ethereum token for a Tezos token without using a centralized exchange.

More than anything, Cosmos is not a product but an ecosystem built on a set of modular, adaptable and interchangeable tools.

Cosmos has developed a proprietary toolkit that makes it easy for developers to build blockchains on top of it, which can significantly reduce the number of hours it takes to build a new blockchain and reduce the demand for highly talented developers. Before Cosmos, anyone who wanted to build a blockchain had two options.

Creating a blockchain on Cosmos is simple since developers have access to plug and play tools. Networking, consensus mechanisms, and application layers are available on-demand, significantly speeding up the development process by allowing developers to create their own custom blockchain in months or even weeks instead of years.

Why is Cosmos different from other blockchains?

Cosmos is most similar to the Polkadot project, which also seeks to create an ecosystem of interoperable blockchain networks. However, unlike Polkadot, Cosmos prioritizes the sovereignty of independent blockchains, meaning they must secure themselves, have their own governance, and run their own validators.

Each individual blockchain maintains control of its own governance, but is interoperable with other blockchains on the network. Blockchains that do not utilize BFT (Byzantine fault tolerance) algorithm can be connected to the Cosmos network via “adaptor” blockchains. Cosmos was not designed for one particular use case, but to be adaptable to suit many different use cases.

The Cosmos technology is based on:

Created by Tendermint, the Cosmos Network allows developers to create their own interoperable blockchain in a simple and easy-to-follow format, built with scalability in mind.

Tendermint is sometimes known as a ‘generic consensus mechanism’. This means any developer building within the Cosmos blockchain ecosystem can use it. Removing the need for developers to create protocol layers to run their application allows more time to focus on building the application itself.

One of the advantages of Tendermint Core is that it provides instant confirmation. On POW (Proof of work) blockchains like Ethereum or Bitcoin, transactions are not considered finalized until a certain number of blocks have been confirmed. However, with Tendermint there is instant finalization.

The native tokens of the Cosmos network are called ATOMs.

Holding ATOMs gives the holder the ability to:

The initial ATOM tokens were created when the Cosmos mainnet launched and were distributed to initial donors, token sale participants, the Cosmos Foundation, and core developers. New ATOMs are generated as rewards for network validators.

However, it is worth noting the ATOM token is not used across the entire Cosmos ecosystem. The ATOM token use case is specific to only the Cosmos Hub. There are several other hubs and zones (chains) within the Cosmos Network, each with individual tokens and tokenomic formats.

Cosmos is a very interesting blockchain with already important projects built on top of it.

Cosmos is the infrastructure that developers can use to connect blockchain projects, improving interoperability between protocols.

There are already more than 100 projects working with Cosmos and this is just scratching the surface.

On top of Cosmos you can find all the Binance infraestructure (Binance Chain, Binance Smart Chain), Band protocol, Injective Protocol or Kava.

Read about the 3 projects here 🙂

If Cosmos lives up to the hype, there could come a day when a majority of all of the blockchains are connected via Cosmos. That will open up a whole new range of exciting possibilities and technical innovation. Cryptocurrency users who believe in the project can buy ATOM and start staking on the network. Although there isn’t a 1:1 relationship between the usage of Cosmos and the ATOM price, it’s reasonable to expect that as Cosmos gains adoption, the value of its token will continue to rise.

As always feel free to leave a comment down below for any question you have about this article and I’ll be answering! Remember, we are all here to learn and there are no stupid questions  🙂