Why Capital International’s $600M Investment In MicroStrategy Matters To Bitcoin 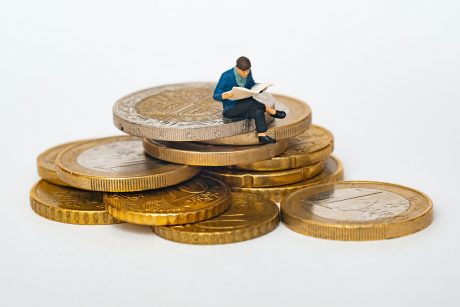 Capital International’s strategic investment in one of the most talked-about companies of the year shouldn’t raise any eyebrows. However, when that company is pursuing a never-before-seen strategy using a highly experimental digital asset, the world watches. It’s safe to say that Capital International believes in MicroStrategy as a company and in its CEO Michael Saylor. However, it’s also obvious that they’re buying exposure to Bitcoin.

Let’s quote Cointelegraph for an overview:

In MicroStrategy’s filings to the U.S. Securities and Exchange Commission, or SEC, for the second quarter of 2021, the firm disclosed Capital International Investors has purchased 953,242 shares of its stock. Following the release of the SEC filing, MicroStrategy’s stock price rose by more than 1.5% to reach $628.44 at the time of publication

That initial excitement didn’t last. Three days later, the stock trades at $589.52. And Bitcoin didn’t even react, “Despite the news of a major investment into a company with massive crypto holdings, the price of BTC was seemingly unaffected. Bitcoin has risen 2% in the last 24 hours to reach $33,438.” However, Capital International should be unfazed. Day-to-day movements are practically irrelevant when you’re investing in the future.

NewsBTC passes the mic to James Wo, CEO of the Digital Finance Group:

I believe that funds with a long investment horizon are de facto betting on Bitcoin’s growth in the long term. Many of them are either already exposed to bitcoin or very close to entering the market one way or another.

Why Invest In MicroStrategy And Not Just Buy Bitcoin

Actually, Michael Saylor himself answered this question while explaining his company’s Bitcoin strategy:

According to Saylor, his company offers two advantages. One, Microstrategy has the ability to sweep its software cash flow into Bitcoin. Two, they have the ability to raise debt financing. They can borrow a billion Dollars with zero percent interest. Your ETF will not be able to do that.

And yes, he compared MicroStrategy stocks to an ETF because that’s his competition, not Bitcoin. Some investors want exposition to Bitcoin through a regulated market. And, despite the high demand and fillings by several high-profile financial institutions, the US SEC hasn’t approved an ETF.

So, MicroStrategy is Capital International’s best option at the moment. Plus, they might be fans of Michael Saylor’s unapologetic approach to Bitcoin accumulation.

Institutional interest is there. And every day there are more options for that money to reach its destination. Not everyone is going to do everything they can to acquire more Bitcoin like MicroStrategy. All companies aren’t able to start developing Bitcoin tools and services like Square. Not everyone will develop ramps to accept Bitcoin for their product and then suspend the program for bogus reasons like Tesla.

He describes the strategy as a way to accommodate and swallow Bitcoin, which is what they’ve done with every other financial innovation. Adding it’s preferable to stifle its censorship resistance and turn it into another Wall Street gaming table. The upshot to this is a future where people are encouraged to buy Bitcoin.

“Because the artistic Bitcoin identity I admire and value has been subverted by the neutering machine of Wall Street and the regulatory panopticon of the US Treasury Dept.

Did that already happen? Or can an open network like Bitcoin overcome this hurdle with ease? Members of the community do say that “Bitcoin doesn’t care” about mundane actions. In any case, institutional investment interest is there, and the chips will fall where they may. To close this, James Wo continues with the idea that funds are “betting on Bitcoin’s growth in the long term”:

A certain amount of this upward momentum has already been factored into the price we have at the moment. However, scarcity is an essential factor that is yet to show the real impact in the long term.

The game is just beginning, but the cards are already on the table. Things are looking good for Capital International and Bitcoin in the long term. Plus, the decentralized network even has scarcity as an ace up its sleeve.