Why China’s Crackdown On Bitcoin May Be Just Beginning 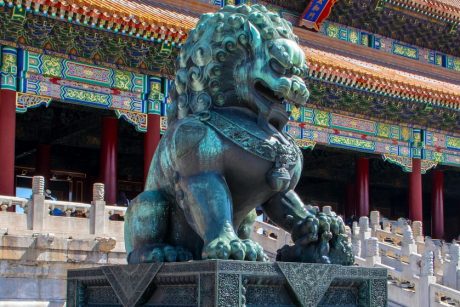 Bitcoin mining activities might be coming to an end as the industry is used to knowing them. The Asian giant has decided to step up its regulations on this sector; many miners have decided to migrate to friendlier countries.

Investment firm Sino Global Capital stated via Twitter that China could be increasing its interventions in its markets. Thus, they have taken stricter control measures to “protect investors”. As a consequence, the Bitcoin and crypto industry in China is “showing sings of cooling down”.

To prevent scammers from making a comeback and intentionally manipulating the market, there is still a high probability that there will be more supervision rules implemented one by one.

Usually regarded as FUD (Fear, uncertainty and doubt), this time China’s measure against Bitcoin seem to be materializing. The industry’s balance, at least in the mining sector, could shift. This sector could completely migrate west.

In the U.S., cities such as Miami and Texas could welcome the Bitcoin mining operations. Francis Suarez, Miami’s Mayor, seems to be in negotiation with some miners. The city has nuclear power as part of its electricity grid and could offer attractive rates. Suárez said:

Bitcoin miners want to get to a certain kilowatt price per hour, and we’re working with them on that.

Bitcoin-based derivatives traders that use leverage could see the worst take. Sino Global Capital records report from people that have “received calls from the police”. The local authorities apparently are inquiring about the citizens crypto related activities.

Exchange platforms might take measures to avoid the authority’s scrutiny. Huobi, one of China’s main exchange, will reduce its leverage offer from 125x to 5x, according to Sino Global Capital. For its newest customers, the measures is even harder, they won’t be able to use any leverage.

The investment firm believes the Chinese government finds “speculative” Bitcoin trading as a threat to the nation’s economic and financial stability. Thus, they have adopted these measures.  Sino Capital concludes that there is growing trend of introducing more crypto regulations.

Global crypto policies are tightening: The Basel Committee on Banking Supervision has demanded that cryptocurrencies carry the toughest bank capital rules of any asset, according to Financial Times.

At the time of writing, BTC trades at $36,463 and trending downwards in the daily chart. The first cryptocurrency by market cap seems to be reacting to a dropped in the stock market. BTC must hold the line at current levels, or it risk going further down in the short term. 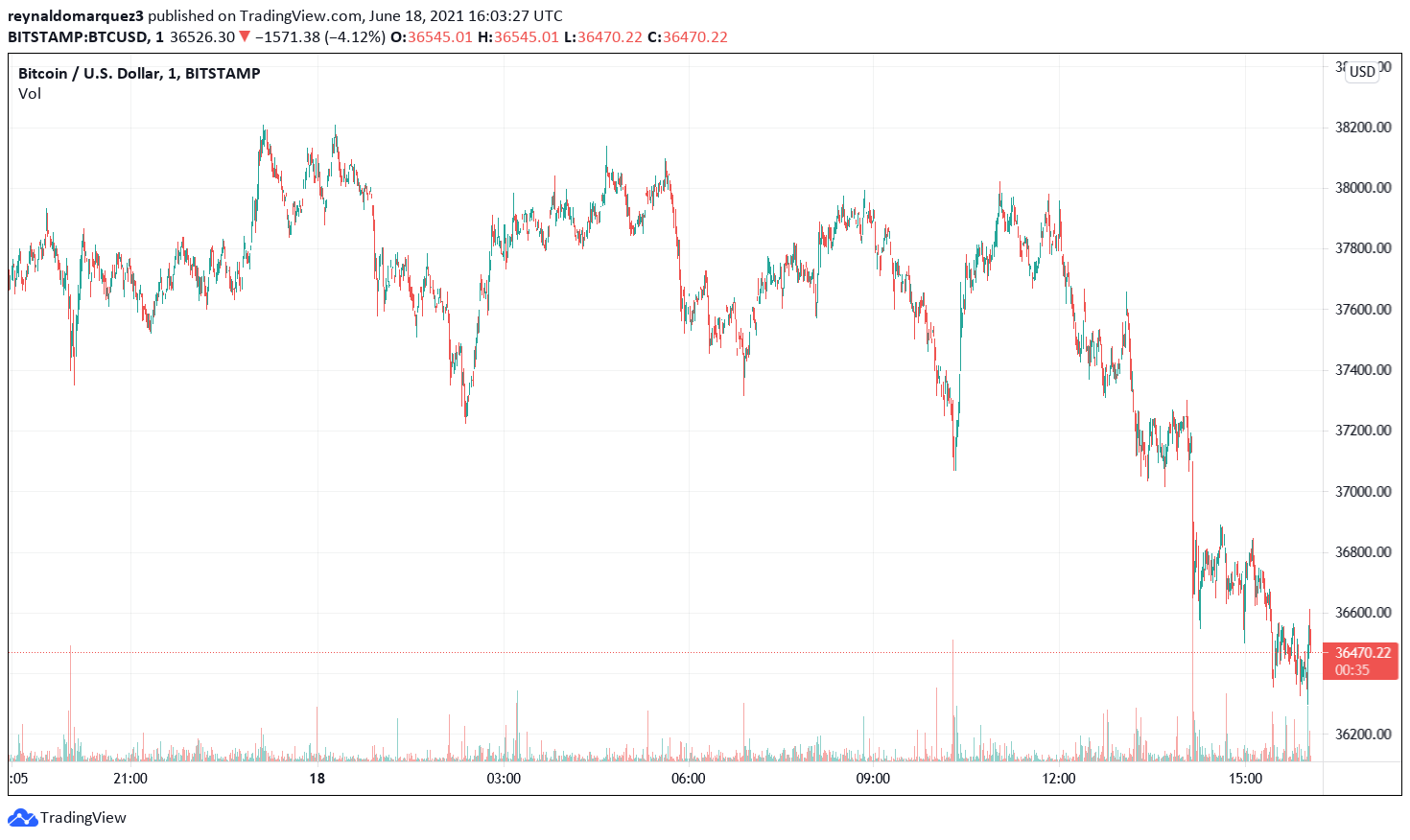 BTC on a downtrend in the daily chart. Source: BTCUSD Tradingview