Why Litecoin Is The Next Crypto To “Teleport” Like Dogecoin 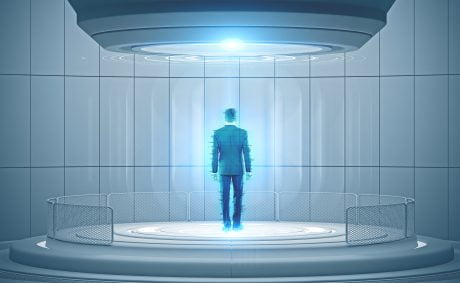 Litecoin was among the top performers of the last bull market, but during this market cycle the cryptocurrency that once led altcoin seasons, is now lagging far behind.

However, according to one crypto analyst’s take on the LTCBTC chart, the altcoin will be the next to follow in the footsteps of Dogecoin and “teleport” higher in the days ahead once the current range breaks.

Crypto Analyst: Litecoin Is Ready To Teleport Much Like Dogecoin

The crypto market is on fire, with coins of all market cap sizes exploding in ROI. Top coins from the last market cycle such as Bitcoin, Ethereum, Dogecoin, Binance Coin, and others have all since set a new all-time high, but for one reason or another, Litecoin has severely lagged behind.

Litecoin, often referred to as digital silver, in the past has led altcoin seasons, but this time it has been trailing behind the coins. But that could soon change, according to one crypto analyst, who says that Litecoin – like Dogecoin did – will soon “teleport” higher on the BTC trading pair.

A boost on the BTC trading pair, will cause the USD value of Litecoin to finally catch up to the rest of its crypto industry brethren.

The chart above shows LTC trading against Bitcoin, stuck in a tightening trading range for the last 300 and then some days. Once this range breaks – expectedly to the upside – Litecoin could “teleport”.

Layered behind the LTCBTC price action on the chart above, is the DOGEBTC pair. The two altcoins have almost always followed a very similar path, with each peak and trough matching up shockingly well.

The one discrepancy? The current market cycle, where Litecoin has been left far behind for too long now, and is ready for an explosive move.

This could all end soon, and if the move ends up similar to what happened with Dogecoin, “teleport” is an appropriate term to define just how quickly the upside unfolds.

When Dogecoin most recently broke out against Bitcoin, the DOGEBTC trading pair saw a one-day climb of nearly 1000%. Such a powerful move no doubt retraced significantly, however, the price of DOGE has remained high on the USD pair since.

A breakout against Bitcoin on the LTCBTC trading pair is exactly what Litecoin needs to get the party started. But when exactly will that happen, after 300 days and counting.