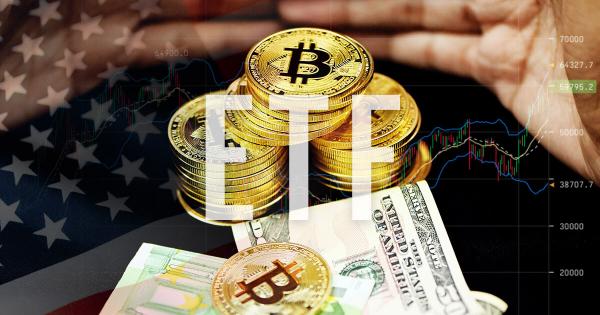 The time has finally come — the U.S. Securities and Exchange Commission (SEC) has finally approved the first Bitcoin ETF — albeit for futures and not a spot traded fund.

Some say this is good news, especially from a mainstream acceptance perspective. But others disagree, specifying a shift of power to Wall Street and the possibility it could trigger a sell-off event.

What’s the hold-up with Bitcoin ETFs?

According to a popular Bitcoin Twitter account, financial services providers have been trying to get a Bitcoin ETF approved in the U.S since 2013.

So far, every application has been denied by the regulator. An often-cited reason is the agency’s concern that some crypto exchanges are “cooking the books” with fake spot trading. Therefore a Bitcoin ETF would be hugely manipulated.

However, in the recent past, SEC Commissioner Hester Pierce has gone on record to say this way of thinking is no longer relevant. She expanded by saying that institutional participation has made great strides in establishing this market during the present time.

“So, I think the markets have matured quite a bit.”

Fast forward to late summer, and SEC Chair Gensler began signaling his openness to the idea of a Bitcoin ETF. But under the proviso of tough compliance requirements.

On Friday, Bloomberg said the SEC is likely to greenlight Bitcoin ETF trading as early as next week.

EXCLUSIVE: The SEC is likely to allow the first U.S. #Bitcoin futures ETF to begin trading next week, in what would be a watershed moment for crypto https://t.co/zWGOfVd2Aa

Buy the rumor, sell the news

If true, a U.S Bitcoin ETF would be defining moment in the history of cryptocurrency.

But on-chain analyst Willy Woo isn’t so keen on the idea. He said, in his opinion, it would be an expensive way to get exposure, adding that an ETF “effectively outsources” custody to hedge funds.

If a Bitcoin futures ETF is approved, IMO it will be an expensive way to hold BTC.

The ETF effectively outsources the holding of BTC to hedge funds through a chain of profit incentives.

Woo explained that this would see a disparity between Bitcoin futures and spot prices. Hedge funds sell futures as they buy spot, resulting in them holding “spot BTC by proxy” giving retail investors a raw deal as a consequence.

Hedge funds effectively holds spot BTC by proxy for the ETF. The fee being their cash and carry yield (10%+ annualised).

To support his reasoning, Morehead referred to the CME listing of Bitcoin futures in December 2017 and Coinbase’s Nasdaq listing in April 2021, both of which resulted in sharp losses for Bitcoin after the event.

However, Vijay Boyapati thinks this time will be different. Peach’s Senior Software Engineer said the inflows into a Bitcoin ETF would be massive, meaning to sell now as Bitcoin hovers around $60,000 could be a mistake.

The market is clearly pricing in the approval of a #Bitcoin ETF (probably futures based).

Smart money typically "sells the news" (i.e. sells when the news actually occurs). In this case it would be unwise. The flow of funds unlocked by an ETF approval will be massive.