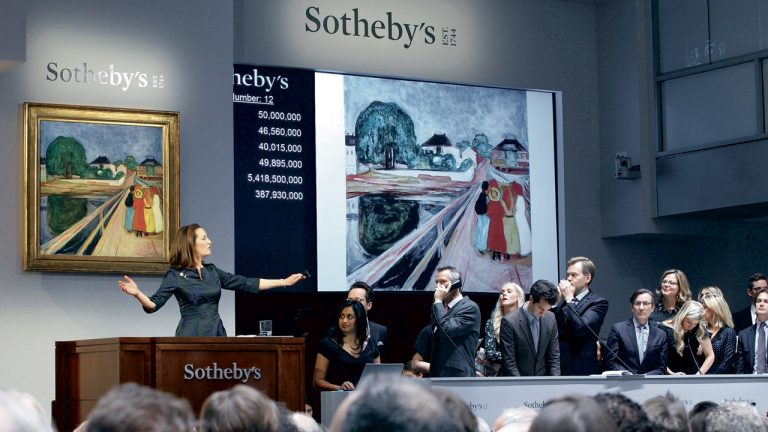 Following the $69 million non-fungible token (NFT) digital art auction at the world-famous auction house Christie’s, the British-founded American multinational corporation Sotheby’s is joining the NFT hype. Sotheby’s is partnering with a popular digital artist dubbed “Pak” for the NFT sale as the brokerage house believes it is important to work with established NFT artists.

Sotheby’s is one of the world’s largest brokers of fine and decorative art, jewelry, and collectibles since 1744. It is also the world’s fourth oldest auction house and now the company says it is entering the non-fungible token (NFT) ecosystem. The company is likely eying the money being made after Beeple sold an NFT at the auction house Christie’s last week raking in $69 million. The Beeple sale was the fourth-largest art sale in 2021, and Sotheby’s plans to get in on the action with an anonymous NFT artist called Pak.

“We wanted to partner with Pak because we are entering a whole new world with digital art, and we felt it was important to work with an artist who has been active in the community for many years,” Sotheby’s explains. “While we can’t yet reveal full details of what’s to come, we want to be true to the democratic spirit of crypto and will be working together to attract as many people as possible to take part in this next adventure, so prepare for some surprises.”

Stats from the web portal art.io, shows Pak has raised more than $350 million in NFT art sales and in 2020, the artist was the first to earn a million for an NFT. However, after Beeple’s “Everydays” collection launch, Pak was outperformed by Beeple’s massive sales. Max Moore, Sotheby’s head of contemporary afternoon sales explained in a recent interview that of course, high profile NFT art sales will bring about a number of criticisms in the art world.

“This brings on some remarks about a bubble, speculation, and an unhealthy marketplace,” Moore detailed. “But digital art is not a new concept. It’s intersected with art before, in artists like Nam June Paik and Bill Viola,” the Sotheby’s executive insisted.

The real difference here is, it’s linked to the value of cryptocurrency and some of the blockchain capability that artists have been using to push the boundaries of the framework it can provide for the artist as a creator.